Kristie Haigwood (a.k.a. K.S. Haigwood) is currently writing her 8th novel. She lives in Arkansas, US. She is the mother of 2 awesome kids and 2 great dogs. She is happily married to her soulmate who thinks reading is a solid waste of time. Opposites attract. Kristie’s works include 'Save My Soul', 'Forbidden Touch', 'Eternal Island' and 'Hell's Gift' (available on Amazon in ebook and print). 'Eternal Immortality', 'Eternal Inception', 'The Last Assignment' and 'Good Side of Sin' are all releasing soon. 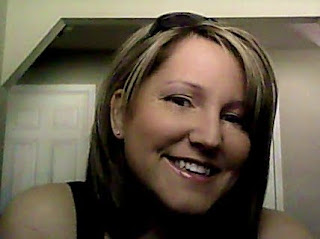 
Depression consumes the guardian angel, Rhyan, after his human charge chooses her soulmate over him. Filled with anger and despair, he lashes out. And when his hate-filled words land him neck-deep in Hell, he realizes he's gone too far. He expects trouble, but not to discover his own soulmate in the fiery depths. Abigail is there with good reason, but she's done her time, and in order to save them both, Rhyan must strike a deal with the Devil. The stakes are higher than ever before, with his soul, his friends and even the fate of Heaven and Earth in jeopardy. If he fails, Rhyan stands to lose more than he ever feared. Will true love be denied? It will take everything he's got to break down the traps Lucifer puts in his way. New lines are drawn and old scores are settled, and Rhyan is in for the fight of his life. With Abigail as the prize, and humanity in the balance, he will stop at nothing to claim...Hell's Gift. 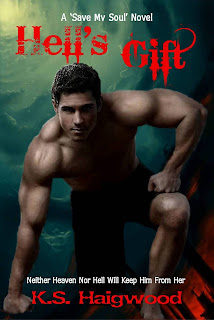 "Having lost her mother and brother, Stella stands on the roof of her building, about to jump. She is stopped by a handsome young man, who jumps first. Somehow, he survives and Stella soon discovers that Conner holds a dark secret and more than a passing connection to her own unhappiness. But Conner isn’t the only man to take an interest in Stella. Will is dangerous. He has mood swings, a crazy older brother and the ability to heal abnormally quickly. Stella knows what Conner is, but what exactly is Will – and why does he appear to know more about Conner than she does?"

*I Hereby Award This Book 5 wings!*

When I was approached by Jess and asked if I would like to read and review this book, I instantly agreed. It sounded like a book that would be very much 'right up my street' as it were. As it turns out, I was right and I am so glad I agreed to read it. Why? Read on to find out...

Stella is stood on the roof of her building about to jump and plummet to her death. She feels lonely and isolated since her mother and brother were killed a few months ago. She feels that nothing can make her life better, so she might as well end it all.
Enter Conner, a handsome, mysterious guy who just happens to be on the roof, where moments before Stella was completely alone.
Conner pleads with Stella not to jump. She feels somehow encouraged not to, whereas moments before it was all she could think about doing.

Stella goes home and finds that she feels better than she has in months. She no longer has the suicidal tendencies she had on the roof. She decides to clean the apartment and stop living in the mess she's allowed it to become.

All this because a mysterious guy asked her not to jump? Who is he and why did he care if she jumped or not?

Conner keeps turning up and has a way of making Stella feel at ease. He cooks for her, he takes her to fancy restaurants, he's a real gentleman. He's handsome and kind, a heady mixture of sensual lips and hair that you want to snake your hand in and pull... *swoons* (I am definitely Team Conner!!)

Stella goes back to school and starts hanging out with her friends again. This pleases Daisy no end. Daisy and Stella were best friends, but lately Stella has subconsciously distanced herself because of her mother and brother's untimely deaths.

There's been a new addition to her group of friends since she hung out with them last. Will. He's rude and obnoxious and has no qualms about asking probing questions about her mother and brother.
In fairness to Will, he does try to make it up to her by taking her ice-skating; which would have been nice, had his neanderthal brother not turned up and ruined it.

Life is slowly returning to normal for Stella and that's just what she needed. Her mother and brothers rooms remain untouched but that doesn't bother her so much anymore. She likes having memories of them so close by.

Then just as she thinks things are happy... her world is turned upside-down and inside out.

Wait until you find out what's in store. It will make you just as hopping mad as it made me!

I can't tell you more for fear of my big mouth running away with me and I'll spoil it all for you. However, what I can tell you is that this book is a well-written, fast-paced, fascinating book that has you sitting on the very edge of your seat and you can't help but turn the pages and stay up too late at night just to finish it off.

Jess Watkins is an awesometastic (yes I know that's not a 'real' word) author. She knows just how to pack a punch. The book was written with so much action and though two guys fighting over the protagonist would usually bother me, I found that it was actually one of the things I liked most about this book. I mean seriously, these guys are HOT!
Will is a lovely guy but his brother got my back up on more than one occasion and when you pick up this book for yourself, you will find out why.
Conner is handsome and sensual and all the things I love in a fictional boyfriend. He's definitely gone to the top 5 of my most favourite book boyfriends!

If you are looking for your next favourite book, this really could be it! There's well-paced action, there's hot as Hell kisses... The plot is very good and the connection I felt with Stella was a strong one. There are times when I laughed, times when I felt like pulling my hair out and times when I wanted to jump in the book and punch one or two or maybe even a few more of the characters. But that's good, because it means Jess's characters are just what she intended them to be, very real and easy to relate to as well as some of them being mean as all Hell and needing a smack upside their heads!

So, in conclusion: YOU MUST READ THIS BOOK and if you don't, you'll never know what you are missing.

To buy a copy for yourself, click one of the following links:

Thank you to anyone who came to read my review today. I hope to see you here again soon!

Please Don't Copy Without My Prior Consent - Thank you!

Nothing 'Cause I'm Writing

They Provide e-ARCs of Many Great Books!

I Was Given The Liebster Blog Award

Keren Hughes
My name is Keren. I am a 30 year old mom of 1. His name is Calum and he is 6. Reading is pretty much in my blood and I have been reading since I knew what the written word was. I used to be the biggest Stephen King and Dean Koontz fan but have now broadened my horizons and my tastes encompass a lot of things. I have very eclectic taste in life in general. From the Gothic, to the more girly. I am a big lover of Indie Authors such as Nancy Straight, Rachael Wade, Selene Chardou, Kate Laurens, Jo A Cattell and far too many others to name. I have just signed a publishing contract with Limitless Publishing for a YA Paranormal Romance I have just finished writing called Stolen.